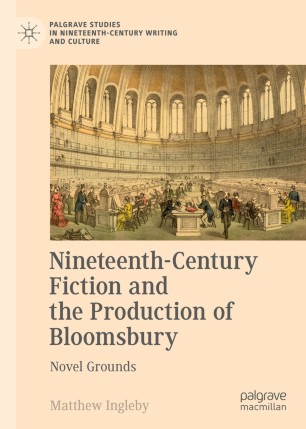 Nineteenth-Century Fiction and the Production of Bloomsbury

This study explores the role of fiction in the social production of the West Central district of London in the nineteenth century. It tells a new history of the novel from a local geographical perspective, tracing developments in the form as it engaged with Bloomsbury in the period it emerged as the city’s dominant literary zone. A neighbourhood that was subject simultaneously to socio-economic decline and cultural ascent, fiction set in Bloomsbury is shown to have reconceived the area’s marginality as potential autonomy. Drawing on sociological theory, this book critically historicizes Bloomsbury’s trajectory to show that its association with the intellectual “fraction” known as the ‘Bloomsbury Group’ at the beginning of the twentieth century was symptomatic rather than exceptional. From the 1820s onwards, writers positioned themselves socially within the metropolitan geography they projected through their fiction. As Bloomsbury became increasingly identified with the cultural capital of writers rather than the economic capital of established wealth, writers subtly affiliated themselves with the area, and the figure of the writer and Bloomsbury became symbolically conflated.