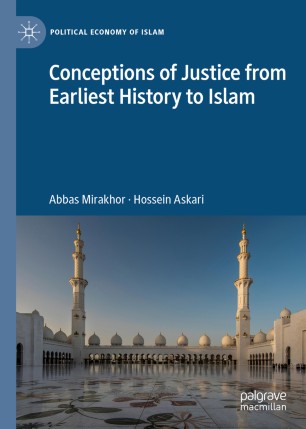 Conceptions of Justice from Earliest History to Islam

This book examines the conceptions of justice from Zarathustra to Islam. The text explores the conceptions of justice by Zarathustra, Ancient Egypt, India, Mesopotamia, Noah, Abraham, and Moses. During the Axial Age (800-200BCE), the focus of justice is in India, China, and Greece. In the post-Axial age, the focus is on Christianity. The authors then turn to Islam, where justice is conceived as a system, which emerges if the Qur’anic rules are followed. This work concludes with the views of early Muslim thinkers and on how these societies deteriorated after the death of the Prophet. The monograph is ideal for those interested in the conception of justice through the ages, Islamic studies, political Islam, and issues of peace and justice.

Abbas Mirakhor is former Executive Director and Dean of the Executive Board of the International Monetary Fund. Previously, he taught at universities in Iran and in the US and was the First Holder of the INCEIF Chair in Islamic Finance at INCEIF in Malaysia.