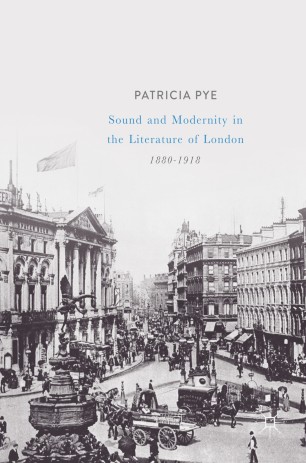 This book explores the literary representation of late Victorian and early Edwardian London from an auditory perspective, arguing that readers should ‘listen’ to impressions of the city, as described by writers such as Conrad, Doyle, Ford and Gissing. It was in this period that London began to ‘sound modern’ and, through a closer hearing of its literature, writers’ wider responses to modernity are revealed.
The book is structured into familiar modernist themes, revisiting time and space, social progress and popular culture through an exploration of the sound impressions of some key works.  Each chapter is contextualized by these themes, revealing how the sound of the news, social protest, music hall and suburbanization impacted on writers’ literary imaginations.
Suitable for students of modernist literature and specialists in sound studies, this book will also appeal to readers with a wider interest in London’s history and popular culture between 1880-1918.