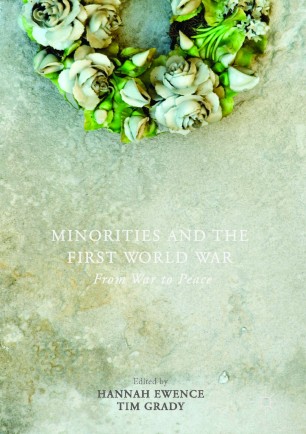 Minorities and the First World War

From War to Peace

This book examines the particular experience of ethnic, religious and national minorities who participated in the First World War as members of the main belligerent powers: Britain, France, Germany and Russia. Individual chapters explore themes including contested loyalties, internment, refugees, racial violence, genocide and disputed memories from 1914 through into the interwar years to explore how minorities made the transition from war to peace at the end of the First World War.

The first section discusses so-called 'friendly minorities', considering the way in which Jews, Muslims and refugees lived through the war and its aftermath. Section two looks at fears of 'enemy aliens', which prompted not only widespread internment, but also violence and genocide. The third section considers how the wartime experience of minorities played out in interwar Europe, exploring debates over political representation and remembrance, thereby bridging the gap between war and peace.