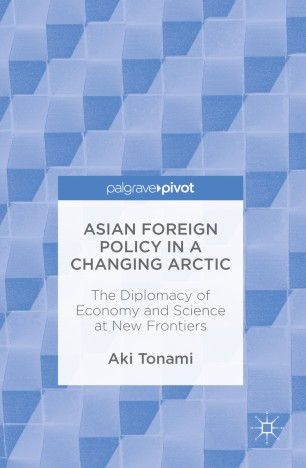 The Diplomacy of Economy and Science at New Frontiers

This book examines the growing interest by Asian states, which are normally considered as ‘outsiders’ in the Arctic governance system. Whilst existing research asserts that Asian states are mostly interested in the economic aspect of the changing Arctic, including its mineral and fossil sources and the opening up of new sea routes, the book argues that the relation between Asian states and the Arctic is much more complex and dynamic, grounded in their unique perspective on national security and the role of economic development in securing their national interests.
Aki Tonami is Researcher at the Nordic Institute of Asian Studies, Department of Political Science, University of Copenhagen, Denmark. She received her Ph.D from Kyoto University, Japan, and has worked as Research Advisor for the Ministry of Foreign Affairs of Japan. She has written extensively on East Asian environmental foreign policy, and her research interests include environmental governance, economic diplomacy, and the Polar Regions.