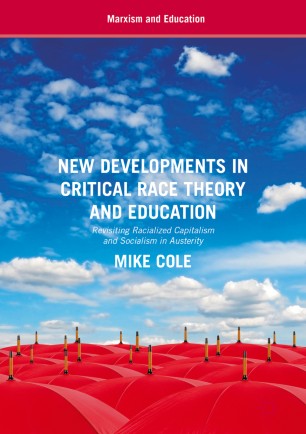 This book considers new developments in Critical Race Theory (CRT) in times of austerity and assesses both the impact of British CRT or ‘BritCrit’, and CRT’s continuing growth in the US. Following transatlantic impact of the first and only book-length response from a Marxist perspective—Critical Race Theory and Education: A Marxist Response—Cole includes a retrospective critique and development of certain arguments in that volume; an evaluation of the influential ‘Race Traitor’ movement, including observations on the (changing) political perspectives of Ignatiev and Garvey; and reflections on racialized neoliberal capitalism in the era of austerity and immiseration.  While acknowledging CRT’s strengths, this book stresses the need for (neo-) Marxist analysis to fully understand and challenge racism in the UK and the US.