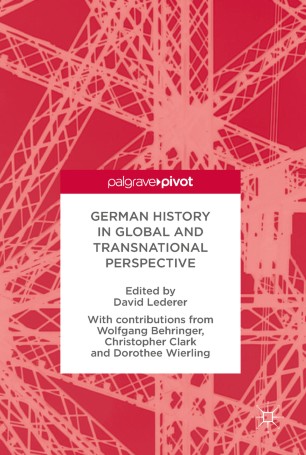 This is a collection of essays from three of the World’s pre-eminent Historians of Germany, which consider German History in global and transnational contexts. It is well known that transnationalism has exploded in the last decade or so as a new academic subfield of international and global history. What the transnationalism literature often ignores or downplays, however, is the role of the nation-state in making the transnational possible in the first place, as noted in its very etymological origins.  The proposed volume will trace this dynamic from a different vantage-point, namely the relationship between German history and transnationalism. Each essay applies a transnational framework in fresh and original ways in order to illuminate different facets of the connections between Germany and the wider world in the modern period.  Together, they will encourage the rethinking of assumptions about key moments and developments in the history of modern Germany and foster reflection on the evolving nature of German history as a subject studied in the twenty-first century.