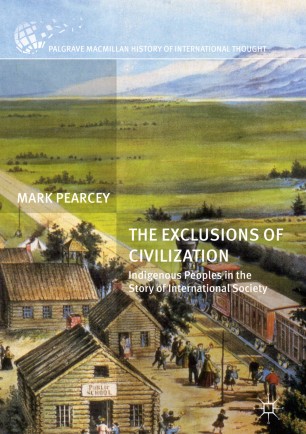 The Exclusions of Civilization

Indigenous Peoples in the Story of International Society

This book builds upon an inter-disciplinary body of literature to detail the centrality of European colonialism and imperialism in the constitution of modern international relations. A critical historical analysis that challenges conventional assumptions about the evolution and expansion of international society, it addresses the interconnections between the European and non-European sides of that history. Pearcey argues that features of European expansion were guided by a discourse on civilization, one that subsumed the uncivilized Other within the boundaries of the civilized Self. Doing so, civilization enabled a process of “exclusion by inclusion”, whereby many of the world’s indigenous peoples were gradually excluded from the “international” by being subsumed within the “domestic.” Challenging conventional assumptions about the evolution and expansion of international society, especially those of the English School, this book contributes to central debates in International Relations theory.