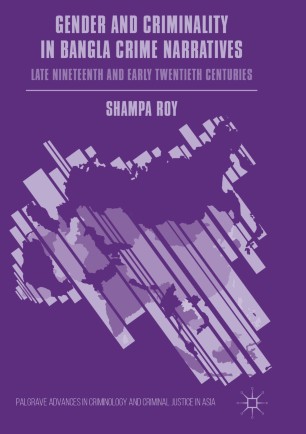 This book examines diverse literary writings in Bangla related to crime in late nineteenth and early twentieth century colonial Bengal, with a timely focus on gender. It analyses crime-centred fiction and non-fiction in the region to see how actual or imagined crimes related to women were shaped and fashioned into images and narratives for contemporary genteel readers. The writings have been examined within a social-historical context where gender was a fiercely contested terrain for publicly fought debates on law, sexual relations, reform, and identity as moulded by culture, class, and caste. Both canonized literary writings (like those of Bankim Chatterji) as well as non-canonical, popular writings (of writers who have not received sufficient critical attention) are scrutinised in order to examine how criminal offences featuring women (as both victims and offenders) have been narrated in early manifestations of the genre of crime writing in Bangla. An empowered and thought-provoking study, this book will be of special interest to scholars of criminology and social justice, literature, and gender.