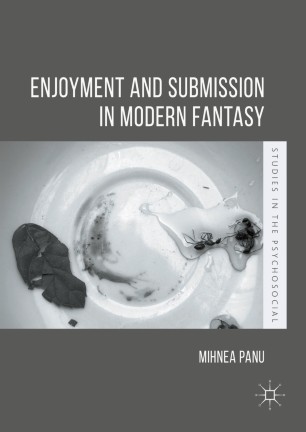 Enjoyment and Submission in Modern Fantasy

This book reveals the workings of the bourgeois passion for submission in a variety of contemporary contexts. By (re)introducing the concept ‘bourgeois’ as an analytical term and describing this contemporary subject as a psychic economy rather than just as a social class, Panu shows the intractability of contemporary forms of enjoyment and neoliberalism’s periodic outbursts of aggressiveness to be connected by a recurrent circuit of trauma and anxiety originating in the bourgeois subject’s difficult relationship with symbolic authority.
So far, most anticapitalist and decolonial struggles in the West have been hesitant when engaging with the issue of bourgeois enjoyment as the main source of capitalism’s resilience. This exciting new work draws on an extensive range of theorists such as Butler, Copjec, Žižek and Zupancic to emphasise the importance of psychological mechanisms irreducible to rationality or knowledge such as desire, enjoyment, and the obscure nature of selfhood in the reiteration of the current capitalist reality.