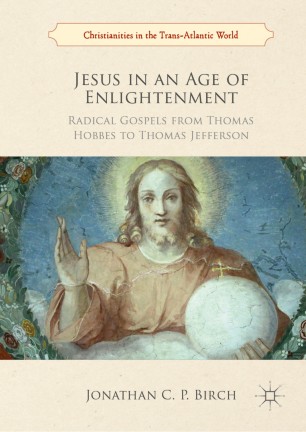 This book explores the religious concerns of Enlightenment thinkers from Thomas Hobbes to Thomas Jefferson. Using an innovative method, the study illuminates the intellectual history of the age through interpretations of Jesus between c.1750 and c.1826. The book demonstrates the persistence of theology in modern philosophy and the projects of social reform and amelioration associated with the Enlightenment. At the core of many of these projects was a robust moral-theological realism, sometimes manifest in a natural law ethic, but always associated with Jesus and a commitment to the sovereign goodness of God. This ethical orientation in Enlightenment discourse is found in a range of different metaphysical and political identities (dualist and monist; progressive and radical) which intersect with earlier ‘heretical’ tendencies in Christian thought (Arianism, Pelagianism, and Marcionism). This intellectual matrix helped to produce the discourses of irenic toleration which are a legacy of the Enlightenment at its best.