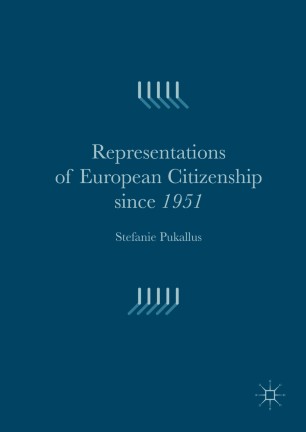 Representations of European Citizenship since 1951

This book is a study of the multiple meanings of European citizenship, which has been represented and publicly communicated by the European Commission in five distinctive ways – Homo Oeconomicus (1951-1972), A People's Europe (1973-1992), Europe of Transparency (1993-2004), Europe of Agorai (2005-2009) and Europe of Rights (2010-2014). The public communication of these five distinct representations of European citizenship reveal how the European Commission conceived of and attempted to facilitate the development of a Civil Europe. Ultimately this history, which is based upon an analysis of public communication policy papers and interviews with senior European Commission officials past and present, tells a story about changing identities and about who we as Europeans might actually be and what kind of Europe we might actually belong to.