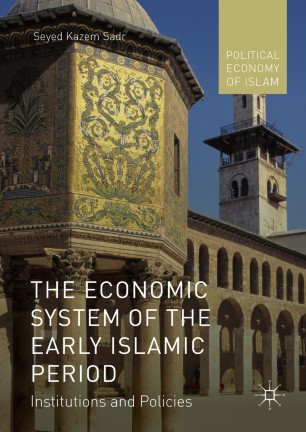 The Economic System of the Early Islamic Period

This book provides an economic analysis of the earliest Islamic society, focusing on the policies of the Messenger of Islam (Sawa) and his successors during the first four formative decades of Islam. Two institutions of great importance – the market and the public treasury (Baitul Mal) – and their roles in the development of the private and public sectors are particularly emphasized in this study. The first part of the book is devoted to the economic and cultural dimensions of life in the Arabian Peninsula during the pre-Islamic period, including an analysis of trade and financial relationships with the Roman and Persian economies; the challenges faced by the Messenger’s mission and the economic policies of the Messenger after the migration to Madinah are also examined in detail. The author then moves on to a devoted analysis of the nature and functions of the public treasury, its revenues and expenditures, as well as financial and fiscal policies. Also examined is the role of the public sector in maintaining equilibrium in the financial and real sectors, as well as in promoting economic growth and employment. Analysis of the institution of the market, its characteristics, and its functions during the earliest Islamic period constitutes the third section of the book. The behaviors of consumers, producers, and investors in an economy without an interest rate mechanism are also addressed here. The final section investigates the fundamental objective of Islam for human societies – that is, justice – within the context of discussions in earlier parts of the book. The author uses historical economic data, facts, and evidences that are reported from the period, both prior to and after the establishment of the Islamic State, to explore the economic relations, policies, and models that were in practice and applied at that time.