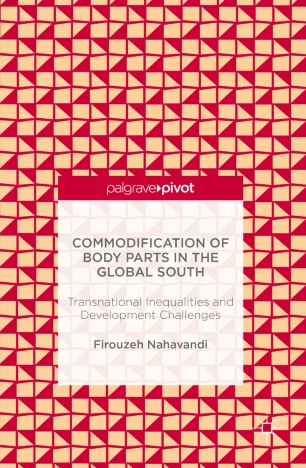 Commodification of Body Parts in the Global South

This book proposes the introduction of a development-related perspective to scholarly critique of the human body’s commodification. Nahavandi contends that the commodification of human body parts reflects a modern form of such well-known historical phenomena as slavery and colonization, and can be considered a new and additional form of appropriation and extraction of resources from the Global South. What are the commonalities between hair trade, surrogacy, kidney sale and attraction of brains? The author argues that these all characterize a world where increasingly everything can be traded or is considered to be tradeable. A world where, similar to any other goods, body parts have entered the global market either legally or illegally. Through a series of multidisciplinary comparative studies, the book explores how forms commodification of the human body are fuelled by issues of poverty in the Global South, and inequality in transnational relations.