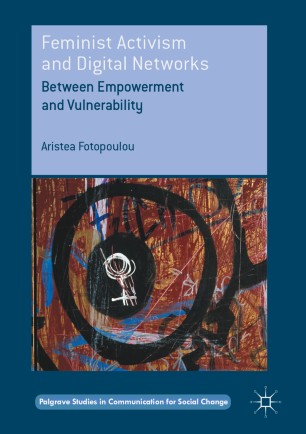 Between Empowerment and Vulnerability

This book sheds new light on the way that, in the last decade, digital technologies have become inextricably linked to culture, economy and politics and how they have transformed feminist and queer activism. This exciting text critically analyses the contradictions, tensions and often-paradoxical aspects that characterize such politics, both in relation to identity and to activist practice. Aristea Fotopoulou examines how activists make claims about rights online, and how they negotiate access, connectivity, openness and visibility in digital networks. Through a triple focus on embodied media practices, labour and imaginaries, and across the themes of bodily autonomy, pornography, reproduction, and queer social life, she advocates a move away from understandings of digital media technologies as intrinsically exploitative or empowering. By reinstating the media as constant material agents in the process of politicization, Fotopoulou creates a powerful text that appeals to students and scholars of digital media, gender and sexuality, and readers interested in the role of media technologies in activism.