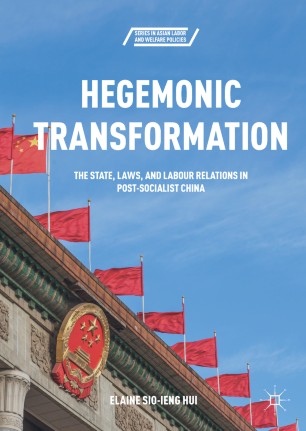 The State, Laws, and Labour Relations in Post-Socialist China

This book contends that the Chinese economic reform inaugurated since 1978 has been a top-down passive revolution, in Gramsci’s term, and that after three decades of reform the role of the Chinese state has been changing from steering the passive revolution through coercive tactics to establishing capitalist hegemony. It illustrates that the labour law system is a crucial vehicle through which the Chinese party-state seeks to secure the working class’s consent to the capitalist class’s ethno-political leadership. The labour law system has exercised a double hegemonic effect with regards to the capital-labour relations and state-labour relations through four major mechanisms. However, these effects have influenced the Chinese migrant workers in an uneven manner. The affirmative workers have granted active consent to the ruling class leadership; the indifferent, ambiguous and critical workers have only rendered passive consent while the radical workers has refused to give any consent at all.