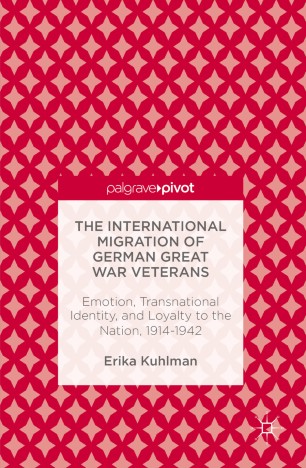 Emotion, Transnational Identity, and Loyalty to the Nation, 1914-1942

This book uses story-telling to recreate the history of German veteran migration after the First World War. German veterans of the Great War were among Europe’s most volatile population when they returned to a defeated nation in 1918, after great expectations of victory and personal heroism. Some ex-servicemen chose to flee the nation for which they had fought, and begin their lives afresh in the nation against which they had fought: the United States.