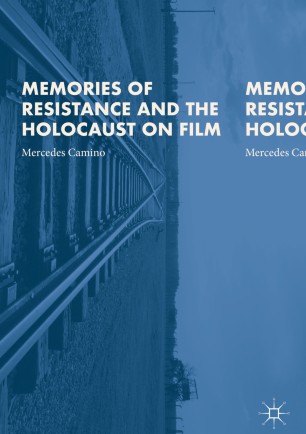 Memories of Resistance and the Holocaust on Film

This book investigates cinematic representations of the murder of European Jews and civilian opposition to Nazi occupation from the war up until the twenty-first century. The study exposes a chronology of the conflict’s memorialization whose geo-political alignments are demarcated by vectors of time and space—or ‘chronotopes’, using Mikhail Bakhtin’s term. Camino shows such chronotopes to be first defined by the main allies; the USA, USSR and UK; and then subsequently expanding from the geographical and political centres of the occupation; France, the USSR and Poland. Films from Western and Eastern Europe and the USA are treated as primary and secondary sources of the conflict. These sources contribute to a sentient or emotional history that privileges affect and construct what Michel Foucault labels biopolitics. These cinematic narratives, which are often based on memoirs of resistance fighters like Joseph Kessel or Holocaust survivors such as Primo Levi and Wanda Jakubowska, evoke the past in what Marianne Hirsch has described as ‘post-memory’.