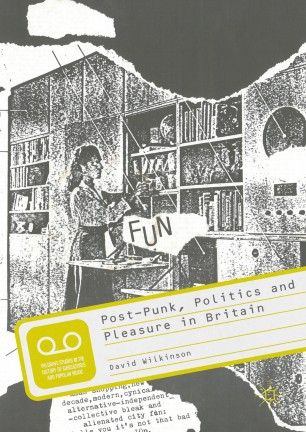 Post-Punk, Politics and Pleasure in Britain

As the Sex Pistols were breaking up, Britain was entering a new era. Punk’s filth and fury had burned brightly and briefly; soon a new underground offered a more sustained and constructive challenge. As future-focused, independently released singles appeared in the wake of the Sex Pistols, there were high hopes in magazines like NME and the DIY fanzine media spawned by punk. Post-Punk, Politics and Pleasure in Britain explores how post-punk’s politics developed into the 1980s. Illustrating that the movement’s monochrome gloom was illuminated by residual flickers of countercultural utopianism, it situates post-punk in the ideological crossfire of a key political struggle of the era: a battle over pleasure and freedom between emerging Thatcherism and libertarian, feminist and countercultural movements dating back to the post-war New Left. Case studies on bands including Gang of Four, The Fall and the Slits and labels like Rough Trade move sensitively between close reading, historical context and analysis of who made post-punk and how it was produced and mediated. The book examines, too, how the struggles of post-punk resonate down to the present.