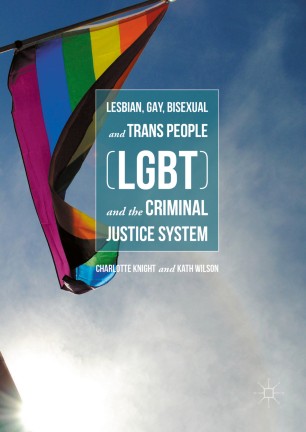 Charlotte Knight and Kath Wilson trace the legislative journey toward equal treatment before and after the Wolfenden Report. They consider why, for example, lesbians are over represented on death row in the US, how the prosecution characterises them and what part homophobia might play in offending and in sentencing. They raise important questions about the causes of, and responses to, same-sex domestic violence and abuse and how the system delivers justice to trans people. Sodomy laws and the treatment of LGBT people worldwide are also considered and models of good practice are offered. Their insights will be of interest to practitioners, policy makers and scholars of the criminal justice system, particularly those concerned with the rights of LGBT communities.

Charlotte Knight is an Associate Researcher at De Montfort University, UK. She established the Division of Community and Criminal Justice, which delivers probation and police programmes, and applied criminology degrees. Research interests include emotional literacy, diversity, probation curricula and evaluation practice in Europe. She has published Emotional Literacy in Criminal Justice (2014).

Kath Wilson is a Senior Lecturer and leads the probation programme at De Montfort University, UK. Previously a probation officer, she teaches mainly around issues of values, diversity and offender management within the criminal justice system, particularly in relation to probation and policing.