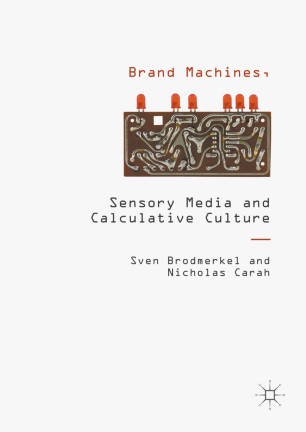 ‘A very original analysis of the relation between the commercialisation of digital technology and the lives of contemporary consumers: advertising in the age of the algorithm.’
- John Sinclair, University of Melbourne, Australia
This study argues that the defining feature of contemporary advertising is the interconnectedness between consumer participation and calculative media platforms. It critically investigates how audience participation unfolds in an algorithmic media infrastructure in which brands develop media devices to codify, process and modulate human capacities and actions.
With the shift from a broadcast to an interactive media system, advertisers have reinvented themselves as the strategic interface between computational media systems and the lived experience and living bodies of consumers. Where once advertising relied predominantly on symbolic appeals to affect consumers, it now centres on the use of computational devices that codify, monitor, analyse and control their behaviours. Advertisers have worked to stimulate and harness consumer participation for several generations. Consumers undertook the productive work of making brands a part of their cultural identities and practices. With the emergence of a computational mode of advertising consumer participation extends beyond the expressive activity of creating and circulating meaning. It now involves making the lived experience and the living body available to the experimental capacities of media platforms and devices. In this mode of advertising brands become techno-cultural processes that integrate calculative and cultural functions. Brand Machines, Sensory Media and Calculative Culture conceptualises and theorises these significant changes in advertising. It takes consumer participation and its interconnectedness with calculative media platforms as the fundamental aspect of contemporary advertising and critically investigates how advertising, consumer participation and technology are interrelated in creating and facilitating lived experiences that create value for brands.