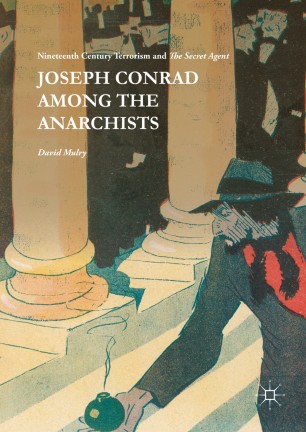 Joseph Conrad Among the Anarchists

This book looks at the inception, composition, and 1907 publication of The Secret Agent, one of Joseph Conrad’s most highly regarded political novels and a core text of literary modernism.  David Mulry examines the development and revisions of the novel through the stages of the holograph manuscript, first as a short story, then as a serialized sensation fiction in Ridgway’s Militant Weekly for the American market, before it was extensively revised and published in novel form. Presciently anticipating the climate of modern terror, Conrad’s text responds to the failed Greenwich Bombing, the first anarchist atrocity to occur on English soil. This book charts its historical and cultural milieu via press and anarchist accounts of the bombing, to place Conrad foremost among the dynamite fiction of revolutionary anarchism and terrorism in the late nineteenth and early twentieth centuries.