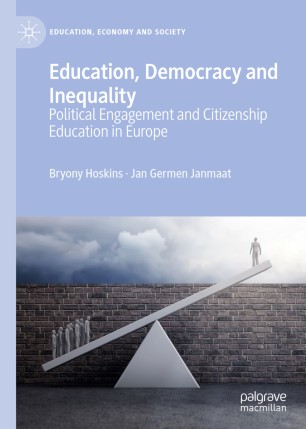 Part of the Education, Economy and Society book series (EDECSO)

This book posits that national education systems are enhancing socioeconomic inequalities in political engagement. While the democratic ideal is social equality in political engagement, the authors demonstrate that the English education system is recreating and enhancing entrenched democratic inequalities. In Europe, the UK has the strongest correlation between social background and voting behaviours. Examining the role of the school and the education system in the potential reproduction of these inequalities, the authors draw upon the theories of Bourdieu and Bernstein and compare the English school system to other European countries to analyse barriers that are put along the way to political engagement. In times of political disaffection, frustration and polarisation, it is particularly important to uncover why young people from disadvantaged backgrounds are less likely to engage politically, and to help inspire future generations to use their voice. This timely book will be of interest and value to students and scholars of educational inequality and political engagement.

Bryony Hoskins is Professor of Comparative Social Science at the University of Roehampton, UK. She is an internationally renowned scholar who has conducted groundbreaking research in the field of measuring active citizenship, civic competence and the learning of political engagement. She regularly contributes to policy on Citizenship for a wide range of international organisations.
Jan Germen Janmaat is Reader in Comparative Social Science at the UCL Institute of Education, UK. He is interested in the ways in which education, broadly conceived, can promote civic values and social cohesion, and has published widely on these topics. Currently he is co-editor of Compare: A Journal of Comparative and International Education.