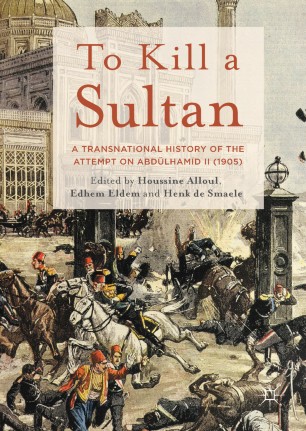 To Kill a Sultan

A Transnational History of the Attempt on Abdülhamid II (1905)

This book explores an event described by The Times as 'one of the greatest and most sensational political conspiracies of modern times'. On 21st July 1905, just after the Friday Prayer at the Yildiz Hamidiye Mosque in Istanbul, a car bomb exploded and left 26 dead with another 58 wounded. Sultan Abdulhamid II, the target of the attack, remained unscathed. The Ottoman police soon discovered that Armenian revolutionaries were behind the plot and several people were arrested and convicted, among them the Belgian anarchist Edward Joris. His incarceration sparked international reaction and created a diplomatic conflict. The assassination attempt failed, the events faded from memory, and the plot became a footnote in early twentieth-century history. This book rediscovers the conspiracy as a transnational moment in late Ottoman history, opening a window on key themes in modern history, such as international law, terrorism, Orientalism, diplomacy, anarchism, imperialism, nationalism, mass media and humanitarianism. It provides an original look on the many trans- and international links between the Ottoman Empire, Europe and the rest of the world at the start of the twentieth century.