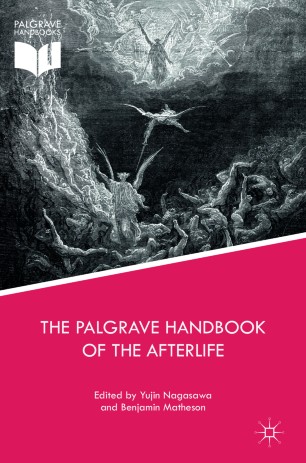 The Palgrave Handbook of the Afterlife

This unique Handbook provides a sophisticated, scholarly overview of the most advanced thought regarding the idea of life after death. Its comprehensive coverage encompasses historical, religious, philosophical and scientific thinking.

Starting with an overview of ancient thought on the topic, The Palgrave Handbook of the Afterlife examines in detail the philosophical coherence of the main traditional notions of the nature of the afterlife including heaven, hell, purgatory and rebirth. In addition (and breaking with traditional conceptions) it also explores the most recent exciting advance – digital models. Later sections include analysis of various possible metaphysical accounts that might make sense of the afterlife (including substance dualism, emergent dualism and materialism) and the science of near death experiences as well as the links between human psychology and our attitude to the afterlife.

•          Grounded in the most advanced philosophical, theological and scientific thinking

•          Contributions by eminent scholars from the world’s top universities

•          Balanced treatment of fundamental issues that are relevant to everyone

•          Diverse approaches ranging from the religious to the scientific, from the optimistic to the pessimistic

•          A major section on the meaning of the afterlife which includes chapters on fear, purpose, evil, and issues regarding identity

The Palgrave Handbook of the Afterlife is essential reading for scholars, researchers and advanced students researching attitudes to and effects of beliefs about death and life after death from philosophical, historical, religious, psychological and scientific perspectives.