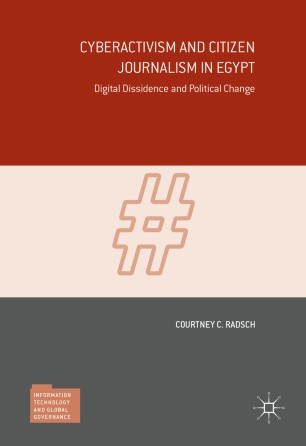 Cyberactivism and Citizen Journalism in Egypt

This compelling book explores how Egyptian bloggers used citizen journalism and cyberactivism to chip away at the state’s monopoly on information and recalibrate the power dynamics between an authoritarian regime and its citizens. When the Arab uprisings broke out in early 2011 and ousted entrenched leaders across the region, social media and the Internet were widely credited with playing a role, particularly when the Egyptian government shut down the Internet and mobile phone networks in an attempt to stave off the unrest there. But what these reports missed were the years of grassroots organizing, digital activism, and political awareness-raising that laid the groundwork for this revolutionary change. Radsch argues that Egyptian bloggers created new social movements using blogging and social media, often at significant personal risk, so that less than a decade after the information revolution came to Egypt they successfully mobilized the overthrow of the state and its president.