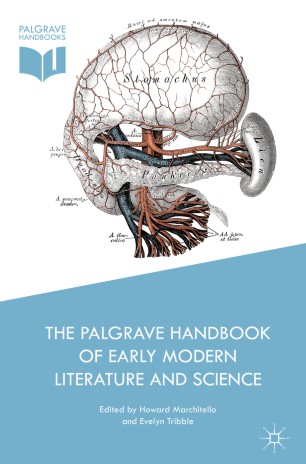 The Palgrave Handbook of Early Modern Literature and Science

This book is about the complex ways in which science and literature are mutually-informing and mutually-sustaining. It does not cast the literary and the scientific as distinct, but rather as productively in-distinct cultural practices: for the two dozen new essays collected here, the presiding concern is no longer to ask how literary writers react to scientific writers, but rather to study how literary and scientific practices are imbricated. These specially-commissioned essays range across vast territories and produce seemingly unlikely unions: between physics and rhetoric, math and Milton, Boyle and the Bible, plague and plays, among many others. In these essays so-called scientific writing turns out to traffic in metaphor, wit, imagination, and playfulness normally associated with literature provides material forms and rhetorical strategies for thinking physics, mathematics, archeology, and medicine.