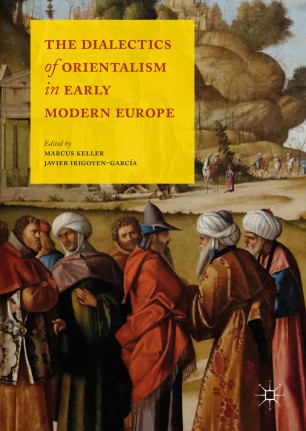 The Dialectics of Orientalism in Early Modern Europe

Uniting twelve original studies by scholars of early modern history, literature, and the arts, this collection is the first that foregrounds the dialectical quality of early modern Orientalism by taking a broad interdisciplinary perspective. Dialectics of Orientalism demonstrates how texts and images of the sixteenth and seventeenth century from across Europe and the New World are better understood as part of a dynamic and transformative orientalist discourse rather than a manifestation of the supposed dichotomy between the ‘East’ and the ‘West.’ The volume’s central claim is that early modern orientalist discourses are fundamentally open, self-critical, and creative. Analyzing a varied corpus—from German and Dutch travelogues to Spanish humanist treaties, French essays, Flemish paintings, and English diaries—this collection thus breathes fresh air into the critique of Orientalism and provides productive new perspectives for the study of east-west and indeed globalized exchanges in the early modern world.