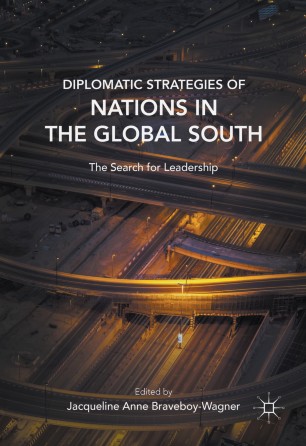 Diplomatic Strategies of Nations in the Global South

The Search for Leadership

At a time of change in the international system, this book examines how non-traditional leading nations from the Global South have fared to date and what the chances are of their rise to continue. In the second decade of the twenty-first century, the enthusiasm of observers of the international scene about the “rise of the rest” is waning as many countries that were expected to lead the evolving multipolar order are experiencing economic contraction and governance problems. In order to predict further developments, the contributors to this volume focus on the types and sources of the diplomatic strategies that must be executed by rising states if they are to preserve domestic advances as well as gain influence regionally and internationally. Through a comprehensive examination of case studies from Latin America, Africa, Asia, and the Middle East, they show that while there are commonalities among these rising states, unique domestic conditions, values, and traditions impact and predict diplomatic strategizing and the ability for sustained projection on the international scene.