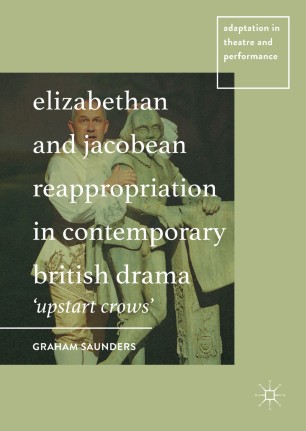 Part of the Adaptation in Theatre and Performance book series (ATP)

This book examines British playwrights' responses to the work of Shakespeare and his contemporaries since 1945, from Tom Stoppard's Rosencrantz and Guildenstern are Dead to Sarah Kane’s Blasted and Jez Butterworth’s Jerusalem. Using the work of Julie Sanders and others working in the fields of Adaptation Studies and intertextual criticism, it argues that this relatively neglected area of drama, widely considered to be adaptation, should instead be considered as appropriation - as work that often mounts challenges to the ideologies and orthodoxies within Elizabethan and Jacobean drama, and questions the legitimacy and cultural authority of Shakespeare’s legacy. The book discusses the work of Howard Barker,  Peter Barnes, Edward Bond, Howard Brenton, David Edgar, Elaine Feinstein and the Women’s Theatre Group, David Greig, Sarah Kane, Dennis Kelly, Bernard Kopps, Charles Marowitz, Julia Pascal and Arnold Wesker.