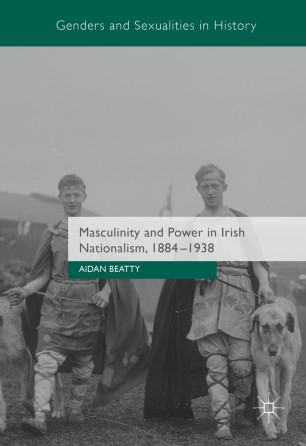 This book is a comparative study of masculinity and white racial identity in Irish nationalism and Zionism.  It analyses how both national movements sought to refute widespread anti-Irish or anti-Jewish stereotypes and create more prideful (and highly gendered) images of their respective nations. Drawing on English-, Irish-, and Hebrew-language archival sources, Aidan Beatty traces how male Irish nationalists sought to remake themselves as a proudly Gaelic-speaking race, rooted both in their national past as well as in the spaces and agricultural soil of Ireland.  On the one hand, this was an attempt to refute contemporary British colonial notions that they were somehow a racially inferior or uncomfortably hybridised people. But this is also presented in the light of the general history of European nationalism; nationalist movements across Europe often crafted romanticised images of the nation’s past and Irish nationalism was thus simultaneously European and postcolonial. It is this that makes Irish nationalism similar to Zionism, a movement that sought to create a more idealized image of the Jewish past that would disprove contemporary anti-Semitic stereotypes.