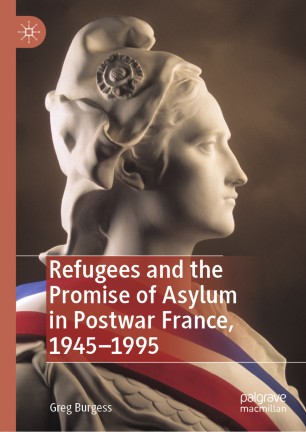 This book recounts France’s responses to refugees from the liberation of Paris in 1944 to the end of the civil wars in the former Yugoslavia in 1995. It questions whether France fulfilled the promise of asylum for those persecuted for the ‘cause of liberty’ made in its Constitution of 1946. Post-war development and the demand for immigrant workers were favourable to refugees from the Communist east, from Franco’s Spain, from Hungary after insurrection of 1956, and later from Latin America and Indochina. Asylum developed nationally in conjunction with international developments, the interventions of the United Nations High Commissioner for Refugees, and the adoption of the 1951 Refugee Convention. Economic ruptures in the 1970s, however, and the appearance of refugees from Asia and Africa, led to the assertion of national priorities and brought about a sense of crisis, and questions about whether France could continue to fulfil its promise.

Greg Burgess teaches modern and contemporary History at Deakin University, Australia. His research specializes in the history of refugee movements and political responses to them in nineteenth and twentieth-century Europe, with particular attention to France. His previous publications include Refugee in the Land of Liberty: France and its Refugees, from the Revolution to the End of Asylum, 1787-1939 (Palgrave, 2008), and The League of Nations and the Refugees from Nazi Germany: James G. McDonald and Hitler’s Victims (2016).