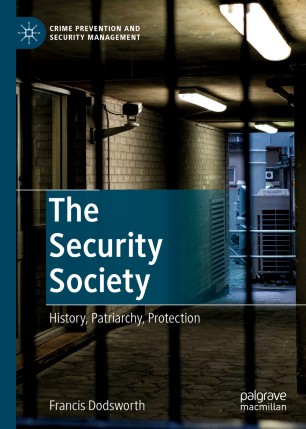 This book provides a critical engagement with the idea of the ‘security society’ that has been the focus of so much attention in criminology and social science more broadly. ‘Security’ has been argued to constitute a new mode of social ordering, displacing the ‘disciplinary society’ that Foucault saw characteristic of the liberal era with a ‘control society’ or a ‘risk society’ characteristic of Neo-Liberalism, in which the deviant behaviour of particular individuals is less important than general attempts to offset risk and reduce harm. Dodsworth argues that much of this literature is extraordinarily presentist in orientation, denying the long history of attempts to mitigate risk, prevent harm and manage security that have always been a part of the government of order.

This the book develops a ‘critical history’ of security: a thematic analysis of debates about security and aspects of the security society which puts contemporary arguments and practices in dialogue with the texts and practices of the past. In doing so the book develops a cultural analysis of the meanings of security and the way these meanings have been articulated in particular practical contexts in order to understand how the promise of security has so effectively captured the imagination and channelled the affective engagement of people throughout the modern period.

Francis Dodsworth is Senior Lecturer in Criminology at Kingston University London, UK. Before joining Kingston in 2014 he spent ten years as a research fellow in the ESRC Centre for Research on Socio-Cultural Change (CRESC), based at the Open University. His worked has been focused on the fields of history and historical sociology, particularly the history of crime, policing and social control, but he has also written about the history of architecture and the built environment, and religious cultures past and present. His work has interrogated the relationship between government and self-government and particularly their intersection with questions of gender and identity.