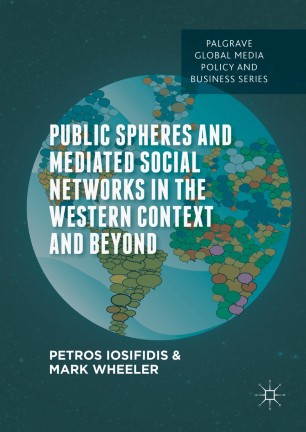 Social media is said to radically change the way in which public communication takes place: information diffuses faster and can reach a large number of people, but what makes the process so novel is that online networks can empower people to compete with traditional broadcasters or public figures. This book critically interrogates the contemporary relevance of social networks as a set of economic, cultural and political enterprises and as a public sphere in which a variety of political and socio-cultural demands can be met. It examines policy, regulatory and socio-cultural issues arising from the transformation of communication to a multi-layered sphere of online and social networks. The central theme of the book is to address the following questions: Are online and social networks an unstoppable democratizing and mobilizing force?  Is there a need for policy and intervention to ensure the development of comprehensive and inclusive social networking frameworks? Social media are viewed both as a tool that allows citizens to influence policymaking, and as an object of new policies and regulations, such as data retention, privacy and copyright laws, around which citizens are mobilising.
Petros Iosifidis is Professor in Media Policy at City University London. He is author of six books and numerous articles in refereed journals. He is Editor of theInternational Journal of Digital Television and Co-Editor of the Palgrave Global Media Policy and Business Book Series.
Mark Wheeler is Professor of Political Communications at London Metropolitan University. He is the author four books including Politics and the Mass Media(Blackwell, 1997), European Television Industries (British FiIm Institute, 2005) (with Petros Iosifidis and Jeanette Steemers), Hollywood: Politics and Society(British Film Institute, 2006) and Celebrity Politics (Polity, 2013). He has contributed to numerous peer reviewed articles to academic journals and has written many chapters in collected editions.