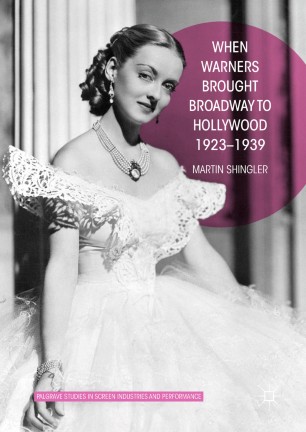 This book offers a different take on the early history of Warner Bros., the studio renowned for introducing talking pictures and developing the gangster film and backstage musical comedy. The focus here is on the studio’s sustained commitment to produce films based on stage plays. This led to the creation of a stock company of talented actors, to the introduction of sound cinema, to the recruitment of leading Broadway stars such as John Barrymore and George Arliss and to films as diverse as The Gold Diggers (1923), The Marriage Circle (1924),Beau Brummel (1924), Disraeli (1929), Lilly Turner (1933), The Petrified Forest (1936) and The Private Lives of Elizabeth and Essex (1939). Even the most crippling effects of the Depression in 1933 did not prevent Warners’ production of films based on stage plays, many being transformed into star vehicles for the likes of Ruth Chatterton, Leslie Howard and Bette Davis.