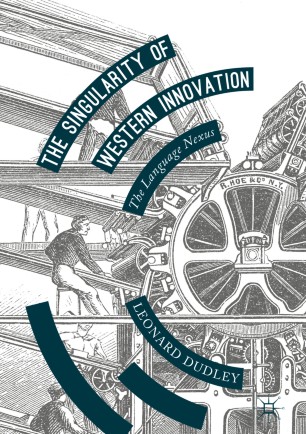 The Singularity of Western Innovation

This book highlights the contribution of language standardization to the economic rise of the West between 1600 and 1860. Previous studies have been unable to explain why during this period almost all industrial innovation was confined to small areas around the main cultural centers of three Western states – Britain, France, and the United states.  This book argues that Western Europe and its offshoots were the only Eurasian societies able to apply typography cheaply to their writing systems.  The emergence in the West of large networks of people able to communicate in standardized languages made possible the breakthroughs of the Industrial Revolution. Military byproducts of three “macro-innovations”– the steam engine, machine tools, and interchangeable parts – then constituted the West’s toolbox for empire. The book will appeal to readers seeking to explain how the West attained its unprecedented advance over Asia in the nineteenth century, and why this lead has since proved temporary.