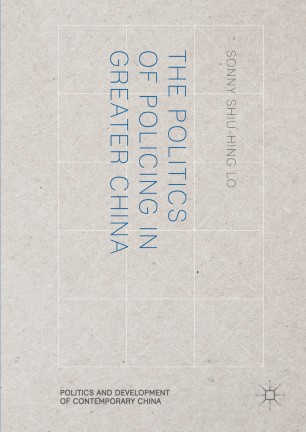 The Politics of Policing in Greater China

This book examines the politics of policing in Greater China, including mainland China, Taiwan, Hong Kong, and Macao. As the author shows, police ideological indoctrination is strongest in mainland China,  followed by Hong Kong, and Taiwan, where the police is under increasing political stress, in the aftermath of rising public protests and socio-political movements. Macao’s police, on the other hand, is far less politicized and indoctrinated than their mainland Chinese counterpart. This book demonstrates that policing in China is a distinctive and extensive topic, as it involves not only crime control, but also crisis management and protest control, governance and corruption (or anti-corruption), the management of customs and immigration, the control over legal and illegal migrants, the transfer of criminals and extradition, and intergovernmental police cooperation and coordination. As economic integration is increasing rapidly in Greater China, this region’s policing deserves special attention.