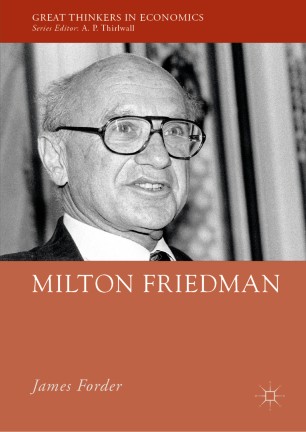 This book examines the work of Milton Friedman, which is amongst the most significant in modern economics and, equally, amongst the most contentious. Although Friedman became most famous for his views on money and monetary policy as well as his public writings, a large and important part of his work concerned other aspects of economics.

All parts of Friedman’s work are considered here, as is his account of his own life. By focussing on what Friedman wrote rather than what later authors have written about him, this volume seeks to analyse the character, qualities and development of the arguments he made.

This text is important for anyone interested in this both celebrated and reviled figure in economics. James Forder clarifies messages in Friedman’s writing that have otherwise so often been obscured by academic and public controversy.