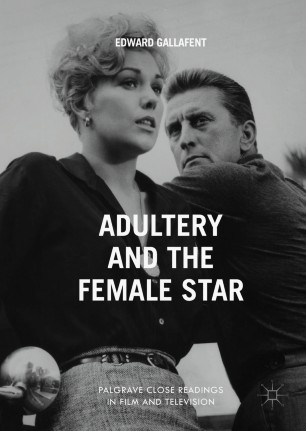 Adultery and the Female Star

This book provides an in-depth study of Bette Davis, Joan Fontaine, Kim Novak and Meryl Streep, and the treatment of adultery in their films. It avoids the near-impossible challenge of writing about the sheer volume of adultery in film by focusing on specific periods in the work of these four major Hollywood actresses who have each performed roles that share some features but also contain points of difference. The periods discussed cover Davis’s work in 1937 to 1943, Fontaine’s work between 1939 and 1950, Novak in 1954 to 1964, and finally Streep’s work between 1979 and 1985. Closely analysing both established classics and lesser known films, Edward Gallafent explores the work of a broad range of directors including Alfred Hitchcock, Max Ophüls, Sydney Pollack and Billy Wilder. Adultery and the Female Star explores topics such as motherhood, the significance of place, censorship, and adaptation, and is the first book of its kind to take on the topic of adultery in relation to these four actresses. It ultimately argues that our understanding of the adultery narrative is tightly bound up with our understanding of the Hollywood stars that depict it.