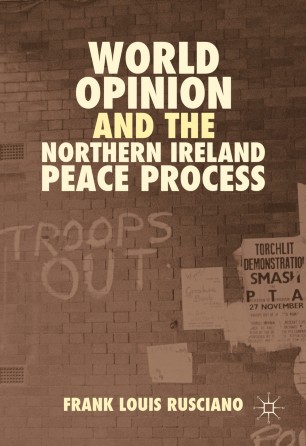 This book uniquely combines global opinion theory with the English school of international relations to explain the effects of world opinion on the Northern Ireland peace process. It begins by analyzing the reasons why the civil rights movement imported from the United States ended in the Troubles. It traces how national identity now arises in Northern Ireland as a negotiation between the area’s international image and its citizens’ national consciousness. Rusciano illustrates how world opinion affects patterns of speech and silencing, and the effect this has on the peace process. He also shows how those negotiating the peace were affected by world opinion. Finally, the volume concludes by describing a possible path toward completing the peace process consistent with world opinion.