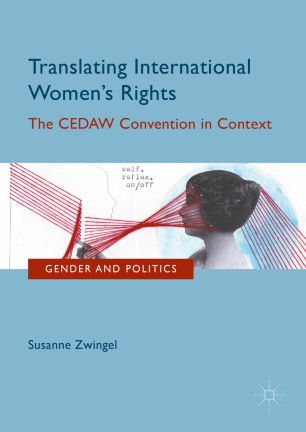 The CEDAW Convention in Context

This book looks at the centerpiece of the international women’s rights discourse, the Convention on the Elimination of all Forms of Discrimination against Women (CEDAW), and asks to what extent it affects the lives of women worldwide. Rather than assuming a trickle-down effect, the author discusses specific methods which have made CEDAW resonate. These methods include attempts to influence the international level by clarifying the meaning of women’s rights and strengthening the Convention’s monitoring procedure, and building connections between international and domestic contexts that enable diverse actors to engage with CEDAW. This analysis shows that while the Convention has worldwide impact, this impact is fundamentally dependent on context-specific values and agency. Hence, rather than thinking of women’s rights exclusively as normative content, Zwingel suggests to see them as in process. This book will especially appeal to students and scholars interested in transnational feminism and gender and global governance.