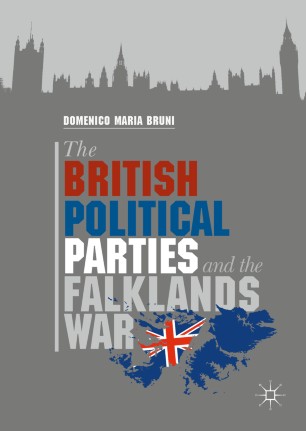 The British Political Parties and the Falklands War

This book explores and reconstructs how the principal parliamentary parties in Britain confronted and responded to events that unfolded during the Falklands War in the spring of 1982. The author begins by situating the Falklands Crisis within the wider context of the breakup of the British Empire and discusses the fluid political situation in Parliament at the time. Following this, the book examines in detail each of the parties – the Conservative Party, the Labour Party and the SDP-Liberal Alliance – and their actions during the crisis. The chapters focus on each party in turn and follow a chronological narrative to reconcile the evolution of the diplomatic and military picture with the internal political one.