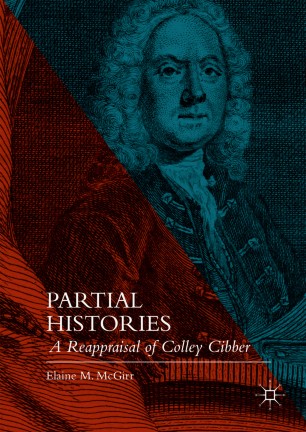 A Reappraisal of Colley Cibber

This book explores the multiple portrayals of the actor and theatre manager Colley Cibber, king of the dunces, professional fop, defacer of Shakespeare and the cruel and unforgiving father of Charlotte Charke. But these portraits of Cibber are doubly partial, exposing even as they paper over gaps and biases in the archive while reflecting back modern desires and methodologies. The Colley Cibber ‘everybody knows’ has been variously constructed through the rise of English literature as both a cultural enterprise and an academic discipline, a process which made Shakespeare the ‘nation’s poet’ and canonised Cibber’s enemies Pope and Fielding; theatre history’s narrative of the birth of naturalism; and the reclamation and celebration of Charlotte Charke by women’s literary history. Each of these stories requires a Colley Cibber to be its butt, antithesis, and/or bête noir. This monograph challenges these partial histories and returns the theatre manager, playwright, poet laureate and bon viveur to the centre of eighteenth-century culture and cultural studies.