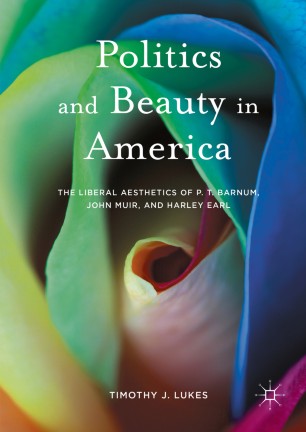 Politics and Beauty in America

This book holds classical liberalism responsible for an American concept of beauty that centers upon women, wilderness, and machines. For each of the three beauty components, a cultural entrepreneur supremely sensitive to liberalism’s survival agenda is introduced. P.T. Barnum’s exhibition of Jenny Lind is a masterful combination of female elegance and female potency in the subsistence realm. John Muir’s Yosemite Valley is surely exquisite, but only after a rigorous liberal education prepares for its experience. And Harley Earl’s 1955 Chevrolet Bel Air is a dreamy expressionist sculpture, but with a practical 265 cubic inch V-8 underneath.  Not that American beauty has been uniformly pragmatic. The 1950s are reconsidered for having temporarily facilitated a relaxation of the liberal survival priorities, and the creations of painter Jackson Pollock and jazz virtuoso Ornette Coleman are evaluated for their resistance to the pressures of pragmatism. The author concludes with a provocative speculation regarding a future liberal habitat where Emerson’s admonition to attach stars to wagons is rescinded.