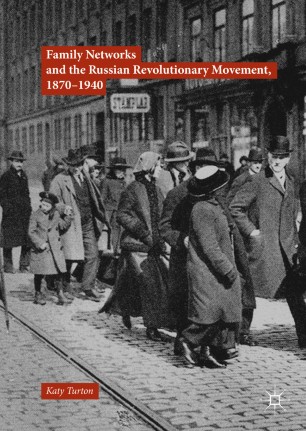 This book explores the role played by families in the Russian revolutionary movement and the first decades of the Soviet regime. While revolutionaries were expected to sever all family ties or at the very least put political concerns before personal ones, in practice this was rarely achieved. In the underground, revolutionaries of all stripes, from populists to social-democrats, relied on siblings, spouses, children and parents to help them conduct party tasks, with the appearance of domesticity regularly thwarting police interference. Family networks were also vital when the worst happened and revolutionaries were imprisoned or exiled. After the revolution, these family networks continued to function in the building of the new Soviet regime and amongst the socialist opponents who tried to resist the Bolsheviks. As the Party persecuted its socialist enemies and eventually turned on threats perceived within its ranks, it deliberately included the spouses and relatives of its opponents in an attempt to destroy family networks for good.