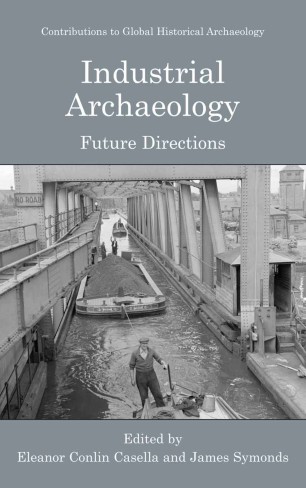 The essays in this book are adapted from papers presented at the 24th Annual Conference of the Theoretical Archaeology Group, held at the University of Manchester, in December 2002. The conference session "An Industrial Revolution? Future Directions for Industrial Archaeology," was jointly devised by the editors, and sponsored by English Heritage, with the intention of gathering together leading industrial and historical archaeologists from around the world. However, just as Manchester is being transformed by regeneration, shaking off many of the negative connotations associated with factory-based industrial production, and remaking itself as a 21st century city, then so too, is the archaeological study of industrialisation being transformed.

Over the past decade, industrial archaeology has emerged as a theoretically driven subfield. Research has begun to meaningfully engage with such weighty issues as globalisation; post/modernity; power; innovation and invention; slavery and captivity; class, ethnic, and gender identities; social relations of technology and labour; and the spread and diversification of western capitalism.

With contributions from an international group of authors, this volume highlights the current thought in industrial archaeology, as well as explores future theoretical and methodological directions. Together, these chapters further the process of meaningful engagement with such weighty issues as globalization; post/modernity; power; production and consumption; innovation and invention; class, ethnic, and gender identities; social relations of technology and labour; and the spread and diversification of western capitalism.

David Cranstone revists earlier debates in the field concerning whether industrial archaeology is best considered a thematic or period discipline and comes down firmly in support of the latter, arguing, in fact, that industrial archaeology should not exist at all. This provocative essay, a standout of the volume, situates industrial archaeology within a broad range of academic contexts, and throws some needed criticism on the tendency for archaeological studies...to jump to the broadest topics (capitalism, colonialism, etc) using highly selective case studies to make assertions that lack analytical rigor....Mary Beaudry's closing commentary, however, ends the volume on a clear note. Beaudry remains wary of calls to unify research into the past under one banner, nothing that the project at hand allows considerable room for different narratives pitched at different analytical scales. She argues further, in agreement with a contributor in this volume, that a key to sustaining the viability of archaeology lies in continuing advocacy not only for the preservation of monuments and landscapes but also of people's lifeways.

Paul White
IA: Journal of the Society for Industrial Archaeology
vol. 36, no.1