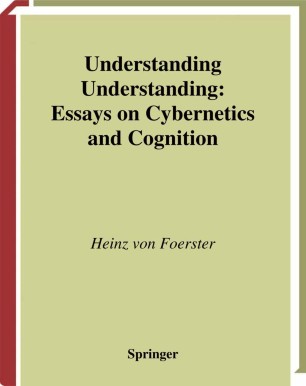 Essays on Cybernetics and Cognition

In these essays Heinz von Foerster discusses some of the fundamental principles that govern how we know the world and how we process the information from which we derive that knowledge. Included are path- breaking articles concerning the principles of computation in neural nets (1967), the definition of self-organizing systems (1960), the nature of cognition (1970), as well as recent expansions on these themes (e.g. "How recursive is communication," 1993). Working with Norbert Wiener, Warren McCullough, and others in the 1960s and 1970s, von Foerster was one of the founders of the science of cybernetics, which has had profound effects both on modern systems theory and on the philosophy of cognition. At the Biological Computer Laboratory at the University of Illinois he produced the first parallel computers and contributed to many other developments in the theory of computation and cognition.