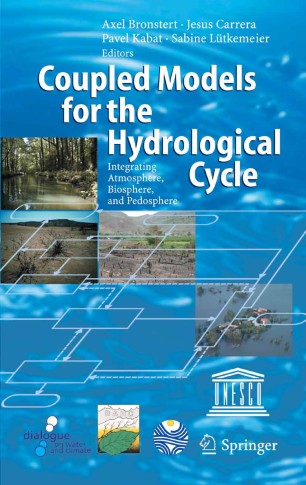 Coupled Models for the Hydrological Cycle

Hydrologists, climatologists, soil scientists and environmental engineers are frequently asked to analyse complex environmental problems. It is becoming increasingly apparent that these problems usually involve feedbacks between atmospheric, ecological, and hydrological systems, as well as human society. It is often the feedbacks between systems that are of greatest interest because they may produce unanticipated responses. That is why coupling of different compartments of the Earth system has emerged as a general challenge to the modelling community. This book considers an array of state-of-the-art coupling and modelling concepts. First the relevant Earth system cycles are presented, followed by a discussion on scale issues and multiple equilibria. Inter- and intra-compartmental coupling is addressed, along with a debate on non-linearities and questions of parameterisation. Several applications are presented, where a focus is on cases where the hydrological cycle plays a central role.