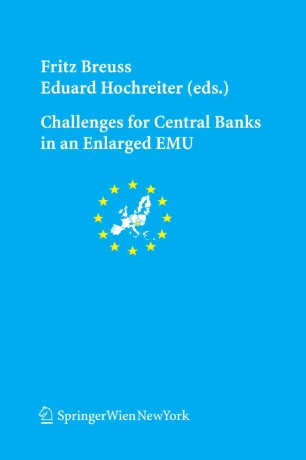 Challenges for Central Banks in an Enlarged EMU

With the enlargement of the EU in May 2004, the possible enlargement of the Economic and Monetary Union also became an imminent issue: It can be expected that the 12 countries that have introduced the Euro so far will be joined by several others by the end of the decade. In this book, a set of internationally renowned economists from both sides of the Atlantic analyse the challenges that lie in front of the EU as it used to be, the hurdles that have to be cleared by possible candidates, and the impact of these developments on important economic sectors like the financial markets, etc. The scientists are supported by Central Bankers from current and future Euro-zone members who give their views on the problems and chances of Euro-accession. The book is thus providing an overall view of the major developments regarding the Euro in the years to come.