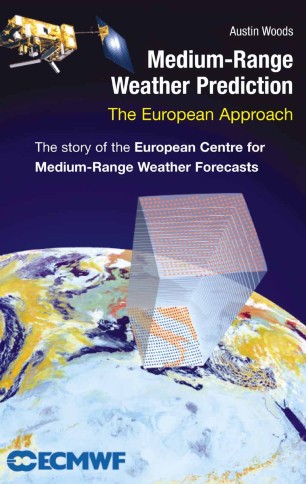 About 450 million people live in the 18 States that set up the European Centre for Medium-Range Weather Forecasts. Thirty years ago, they est- lished an independent institution with a clearly defined objective. It was not to be a university-type institute for research, neither was it to be an ope- tional weather forecast office. It would combine the scientific and technical resources of its Member States to use the most powerful computers in order to extend the range of weather forecasts beyond two or three days, the limit of useful forecasts at that time. It would be small; the work force was to be limited to about 150, incl- ing administrative and other support staff. In 2005, 30 years after the Convention was signed, the staff totalled about 160. The Centre attracted the best talent in its specific field of endeavour. Each year about ten scientists left, to be replaced by newcomers bringing younger minds and fresh ideas. It is not surprising that it quickly became a world leader in its field. It is widely recognised as having maintained its leading position. This book considers how the Centre was conceived in the confusing and difficult political period of the 1960s in Europe. It summarises the political, scientific, technical and financial discussions that led to the drafting of its Convention, and how it came to be built 60 km west of London, England.